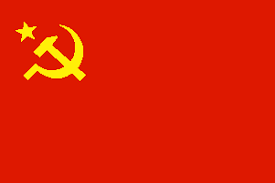 They told us then how to think,
What we could do, where we could go,
After freeing us from churches brainwashing,
Showed what politics and faith to show…